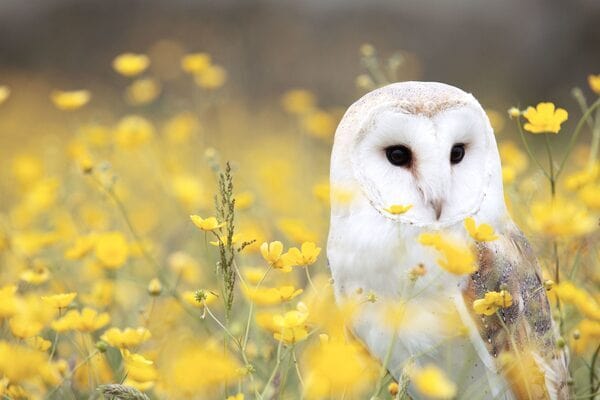 Owls are carnivores, they are not an omnivore. Owls mainly feed on small mammals, such as rodents and rabbits along with insects and birds. Some species of owls are focused on fish. The snowy owl is fond of lemmings and could take in more than 1600 lemmings per year, which is three to five a day.

Owls are equipped with talons or claws, which help them capture animals and break their skulls. Owls also have beaks with curved edges which help them break up and eat the animals they capture. Owls usually hunt at night, but some species, such as the snowy owl hunt during the daytime and during the night.

There are approximately 150 species of owls in the world. They reside on every continent, with Antarctica being the only exception. Antarctica. Owls cannot be seen, but they can turn their necks approximately 135 degrees either way. The female owl is generally bigger and more aggressive than male owls and babies Owls are known as owlets. The oldest fossils of owls found have been discovered to be 58 million years older.

If an owl is able to catch its food, it might not be able to eat it immediately. Instead, it will hide it in a place, like within a hole in a tree or beneath a rock and comes back within an hour or so. This is known as making a cache, or caching. In other words, the owl consumes its prey when it comes across it. The amount of food available in the vicinity determines whether the owl makes an owl cache.

Omnivores can help control both the animal population and the plant growth. Eliminating an omnivore can result in a vegetation overgrowth as well as an excess of all creatures that were part of their diet.

Omnivores have their own digestive system, which is different from herbivores or carnivores. Carnivores have a simple digestive tract since meat is digestible in a matter of minutes. Herbivores, on one on the other hand, have complex digestive systems . They may comprise multiple stomach chambers as well as the process of re-eating food due to the fact that plant materials are more difficult to digest.