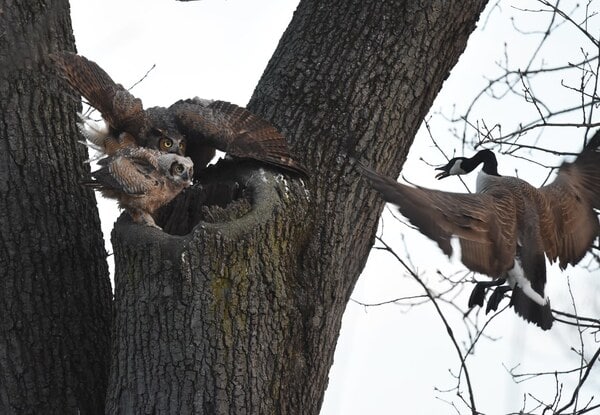 Owls are known to attack anyone and everything that approaches their nest, as well as any person they consider to be a threat. Owls will attack anyone who attempts to harm them. These people can be seriously injured. An owl can inflict severe injuries, as well as cuts and bruises.

Owls aren’t usually dangerous unless their territory is at risk or their young are at danger. But if they have to defend themselves, they will. But not all owls likely to attack people. Owls will scare away intruders to their environment.

Owls are predatory birds that are aggressive and can attack prey. They are also dangerous to humans and pets. These birds are equipped with very sharp talons and can inflict severe injuries on their prey. This aggressive behavior is a hallmark of wild raptor species.

Owls are generally more comfortable keeping their distance from humans than interfering with them. Although they rarely attack humans, they will do so when they feel threatened. There are many reasons these sporadic encounters could occur.
Owls are often get threatened by regular joggers, hikers, or cyclists Most victims can escape an attack with minimal injury. It is rare to see an owl attack causing death.

Which Owl is Most Likely to Attack People?

Great Horned Owls, Barred Owls, and Barred Owls have been reported as the most dangerous owls to attack humans.