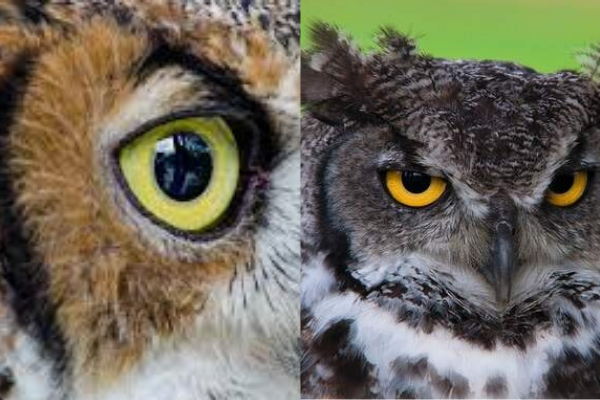 Owls cannot move their eyeballs. This is because owls don’t even have eyeballs. Instead the eyes of owls are formed like tubes and are held in place by bones known as sclerotic rings. Since the owls’ eyes can’t be moved around in the same way that we can, they need to rotate their head in order to take a good look around.

Is it possible for an owl to blink its eyes ?

Owls have three eyelids to protect their eyes. The Owls have two eyelids: the normal upper and lower, which close when the Owl blinks and the lower when it is asleep.

Are Owls Blind in Daytime ?

Even in daylight, owls can see. Because their pupils are not as sensitive to bright light as ours, they close their eyes more than half the way or more to block out any extra light. Although they may appear tired or half-awake, their eyes are actually wide awake and alert. All animals have vision cells (called rods or cones).