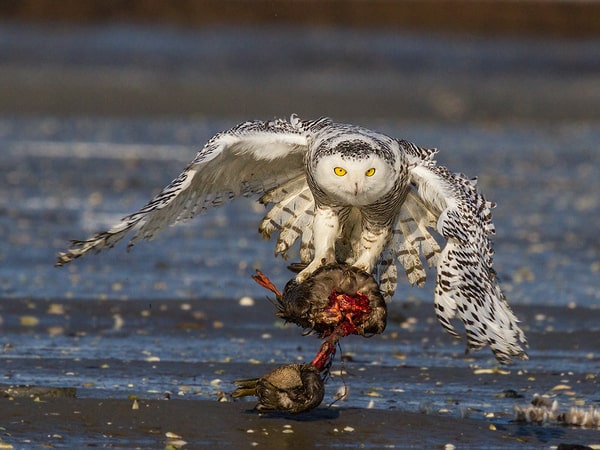 Yes, Owls eat birds. Owls can adapt their hunting methods to suit the prey they are hunting. Although small birds can be taken in mid-air by large owls such as Great Horned Owl, not all owls hunt birds. Small owls, like Elf Owl, try to avoid hunting birds and instead hunt other prey.

Birds are not a favorite food for owls, therefore, they rarely hunt birds like meadowlarks and starling. Owls can adapt to any food available in their environment, so their diet is varied. To determine an owl’s diet we must consider its habitat and size.

Why Do Owls hunt other birds ?

Owls don’t care about whether feathers are on an animal. They will eat any bird they can. Sometimes, Owls larger than others will eat smaller birds.

Birds aren’t a major part of an owls diet. They are eaten in a small amount. These are the most common kinds of birds that barn owls eat:

In North America, barn owls prey mainly on voles. They are most often found in the southeast United States eating cotton rats.
They can find almost any prey quickly thanks to their excellent hearing and binocular vision.

Owls will eat prey items that are large enough to be eaten in pieces. The prey item is usually pulled apart and the feet and head are often discarded.

The Eastern screech Owls have been known to hunt:

Due to their large size, great gray owls are capable of hunting.

Northern saw-whet Owls have been known to hunt :

Because of their small size, Northern Pygmy-owls are attracted to :

The Long-eared Owls are often attracted

We got a video clip of how Owl attack Bird