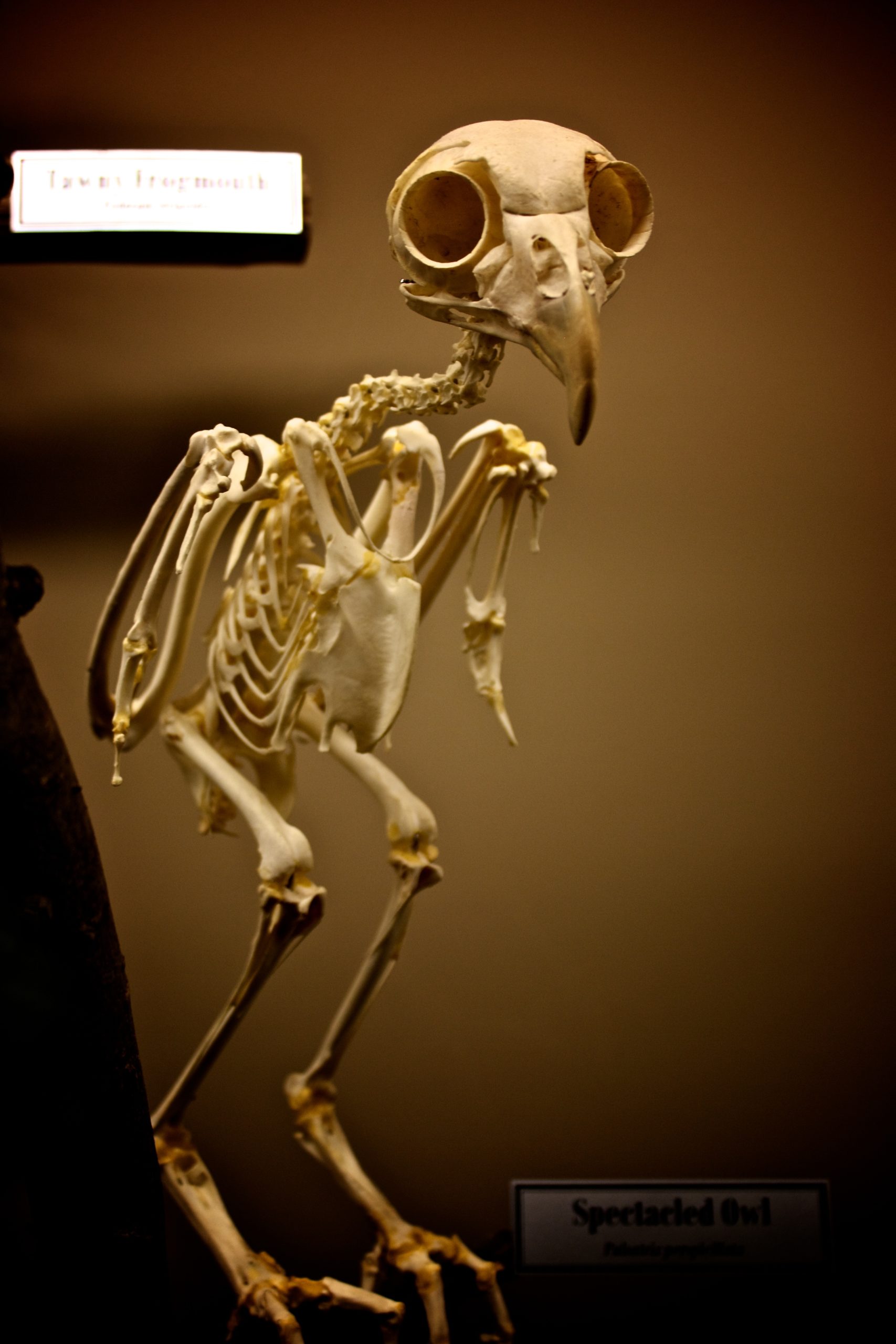 1) An owl’s neck has 14 vertebrae, which is twice as many as humans.
2) Owls have only one occipital articulation with the cervical vertebrae. (There is only one bone situated on top of the backbone.) Humans have two articulations. This allows the owl to pivot on the vertebrae column much like your body can pivot on one foot. Their muscle structure is arranged in a manner that allows this movement as well.
3) Owls have a special arrangement of the jugular veins with associated bypass connector blood vessels, to ensure that blood supply (and return) are not impeded as the neck is rotated.

Other bones
The large flat breastbone, or Sternum, supports the large and powerful flight muscles. It also protects the heart, lungs and other internal organs. In the Tytonidae family of owls, the Carina, or Sternum Keel is broad, becoming narrower towards the abdomen, and the lower edge of the sternum has only small notches on each side. In the family Strigidae, the carina is narrow at its upper part, and becomes broader towards the belly, while the lower edge of the sternum has two deep notches on each side.

The wing bones are relatively long in owls, and the associated wing surface area is broad, producing a low wing loading. This allows for easy take-offs, and effortless flight, even when carrying prey.