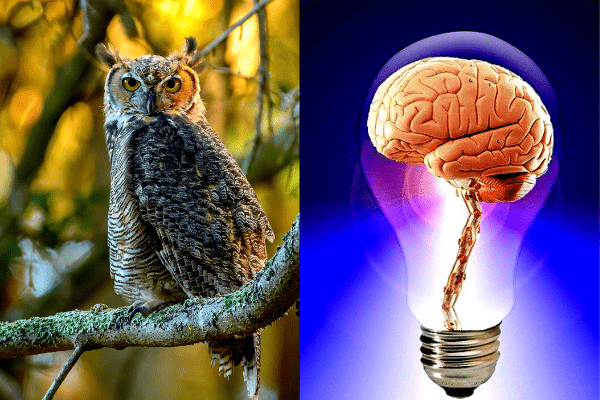 Owls are birds-of-prey that specialize in killing and hunting small animals. It’s no wonder that owls are able to spot their prey far away and hear the slightest movement in their surroundings.

Reason why owls don’t seem to be very intelligent. The hunting and killing prey these two things use 75% of an owls brain. This leaves 25% of the brain available for processing all other operations.

In a recent study, owls were also tested using simple string bait experiments. The owl was required to retrieve the remote bait attached to a string. This type of experiment is easy to do without any prior experience. Many birds can complete it in no time. The owls are not so lucky.

Satoshi Kanazawa, a psychologist, found that night owls were more intelligent than the early birds (Morning person). This is how the idea that owls are smart continues to be popular even today.

Is it possible that owls are the dumbest of birds?

It turns out that owls are not smarter than many other birds, even though they are excellent hunters. They may actually be worse at problem solving than big-brained birds such as parrots and crows. However, this doesn’t mean that owls can’t think for themselves.